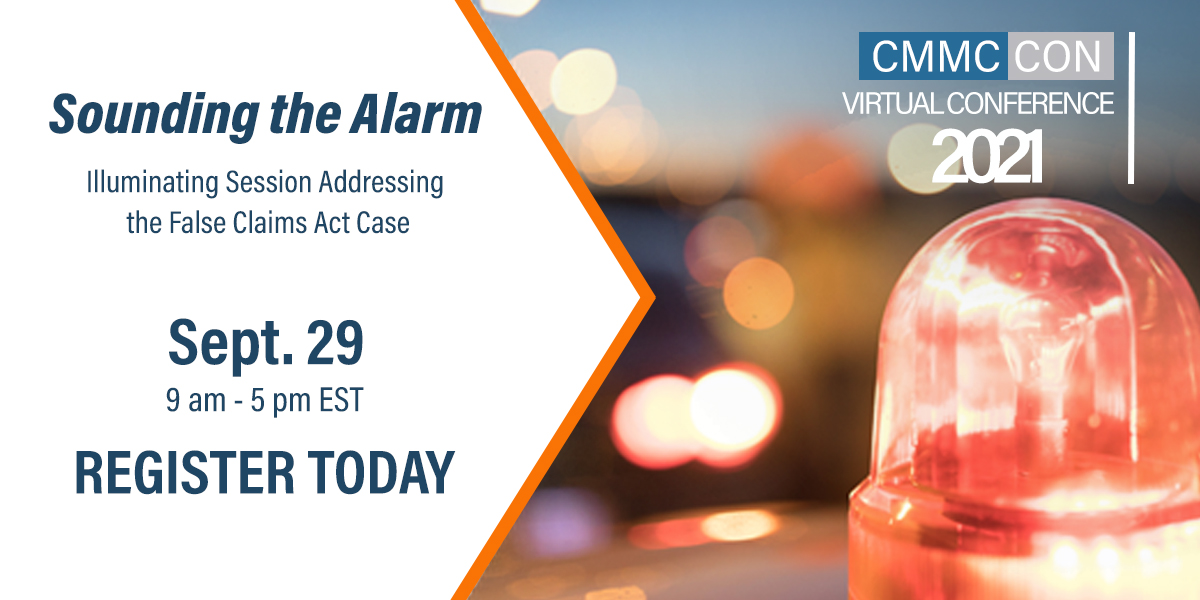 A look at recent headlines would have you believe that the biggest risks for CMMC noncompliance are exposed data and ransomware demands. But many organizations are exposed to a much different kind of risk, according to an ongoing case that involves a DIB contractor.

In September 2015, Aerojet Rocketdyne Holdings, Inc. laid off Brian Markus, its CISO, two months after Markus refused to sign a document that claimed the company had met compliance and instead authored an internal memo noting his concerns. Markus, now the CEO and co-founder of Aries Security, filed suit the next month under the False Claims Act.

The qui tam, which means Markus can sue on behalf of the federal government, was amended to allege that Aerojet Rocketdyne terminated his employment based on his efforts to stop the company from defrauding the government. The ongoing case is due to be heard before a jury next March.

Markus holds several licenses and certifications in cybersecurity and is a member of the President’s National Security Telecommunications Advisory Committee. Prior to joining Aerojet Rocketdyne, Markus spent eight years at Raytheon in senior IT security and management roles and 10 years as a “security goon” for DEF CON, one of the world’s most notorious hacker conventions.

How to Safeguard Your Company from Phishing

Email is so ubiquitous in our everyday lives that it can be a challenge to always be on guard when receiving messages. Each day it’s not unheard of for each member of your team to have hundreds of messages land in their inbox. How do you make sure that none…

3 Tools to Help Defend Your IT Infrastructure from Threats

With the continually evolving threat landscape and the prevalence of team members working from home, it is more important than ever to be proactive with how your company is protecting itself from cyberattacks.  CyberSheath can help. We offer services to build on all the great work you have already done…

DNS Filtering for Additional Protection of IT Systems

Phase one of securing your IT infrastructure should include protecting your endpoints and safeguarding your employees from phishing attempts. After you have implemented these controls, the next logical step is to launch a DNS filtering solution.   What is DNS filtering and why do you need it? Domain name server…